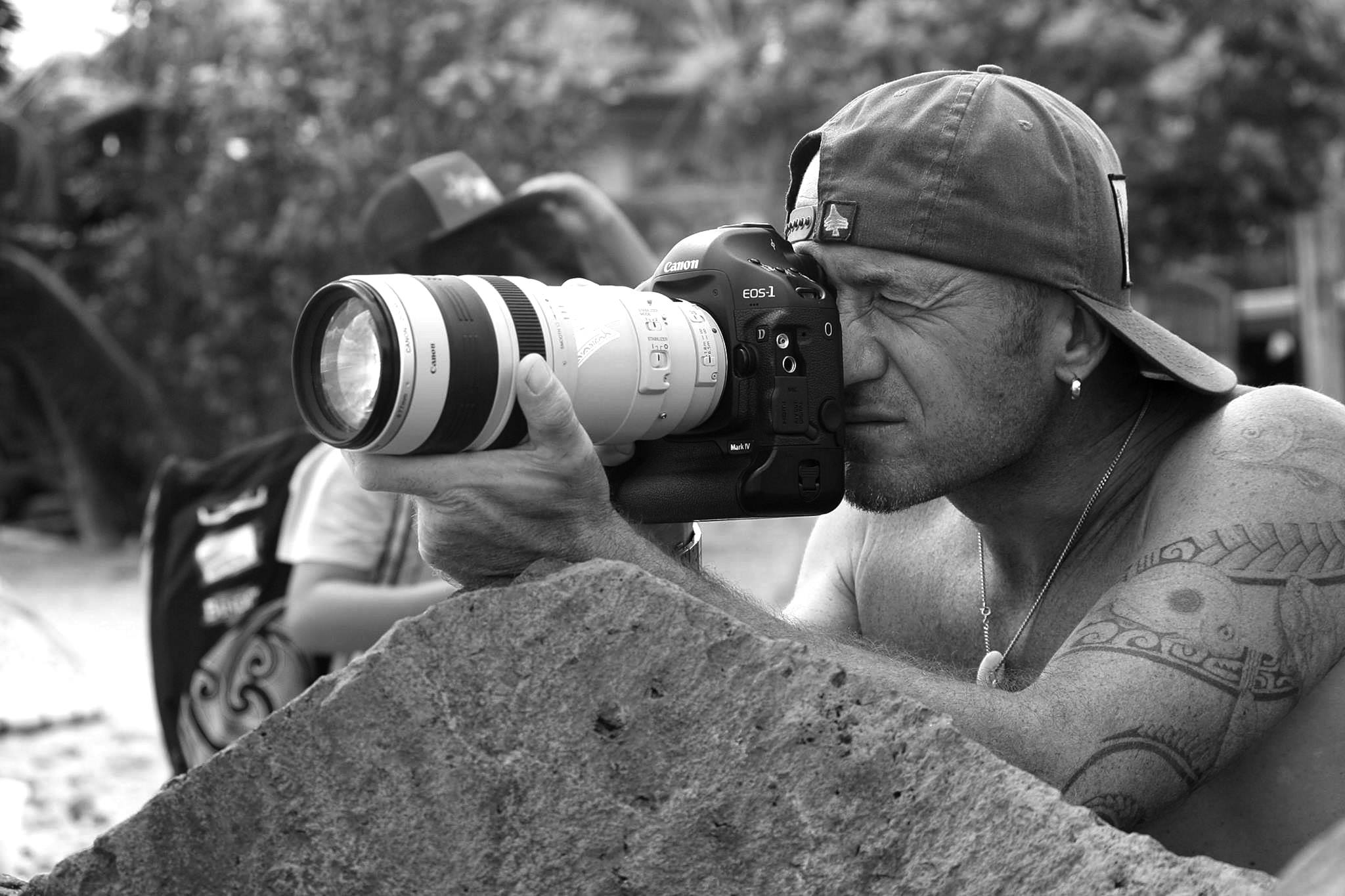 Romuald Pliquet is a fun-loving guy from a small village in France called Morgat. These days he is perhaps best known for his amazing photography skills, but also his courage which has allowed him to take on some of the biggest surf spots in the world – including Teahupoo! We exchanged some verbal sentences with the French talent and gazed at some of his best surf photos.

Please tell us a bit about yourself.

RP: I was born in Brittany, in the point of Finistere in a fishermen’s small village of spiny lobsters called Morgat – in France. My childhood was rocked in stonewares of the streams of a sea so dreaded by the maritime world which we called the Iroise Sea. I grew up in the middle of diverse salty actors. My marine way naturally went towards extrem sports, waves
and maritime journeys.

How did you first get into photography?

RP: The world of the glide and people living near the Ocean are an integral part of my life. To immortalize and to congeal in the time through the photography of intimate moments with the liquid element and the nature appeared to me as an obvious fact and it is this intimate relation with the sea which I try to retranscribe through my photos.  Thomas Campbell’s movie ” Sprout ” in 2003 gave me such an emotional slap, and made me say: ” It is this spirit of the surfing that it is necessary to share “!

You have a lot of great photos from Tahiti. Is it your favorite surf spot? If not, which one is?

RP: Undoubtedly!! Teahupo’o, La Graviere, Uluwatu, Raglan, Pipeline are a real present of the nature except that at Chopes there is a particular atmosphere to that this which all the others waves do not have! The fact of being placed at ” the end of the road ” give a dimension of passage of the real world to a magic world! Her beauty, her strength and her conjunction with the reef and the lagoon is unique! To surf her or to photograph her makes the heart beat at an incredible speed because we feel as a new arrival when that this is willing to be allowed caress! It looks like it is necessary to confront to her to have the right to cross the valleys which are in front of her, as a key which opens to the paradise!

What has been your greatest experience as a photographer so far?

RP: Not so long ago, I found myself face to face with a brown bear in the park of Yosemite in California…  and there also the heart burst out as a late take off at Chopes except that there was also something of dangerous which ran behind you but with no possible exit except the fatigue of the animal and its speed of movement! Whouahhh, I have never run so fast in my entire life!

Where can Superstoked readers see more of your work?

RP: They can find my work on my website : http://www.romualdpliquet.com but also in facebook page : Romuald Pliquet Photography.  Many Thanks Superstoked, it was a real pleasure ! Aloha !

Check out more photos by other photographers as well – see links below or click here.