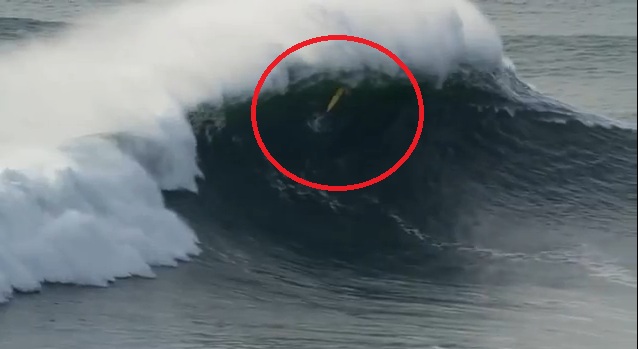 Big wave surfer Garrett McNamara takes a mean paddle wipeout on some of the biggest swell this year at Nazare, Portugal. Thankfully, both him and his GoPro(!) survived the incident without a scratch. Check out the Garrett McNamara wipeout video below.

Youtube video description: “After 6 hours of tow surfing, Garrett decided to paddle his 12ft Dick Brewer gun during the biggest swell of the year in Nazare, Portugal. He went for the first wave, missed it, turned around to paddle back out and was faced with one of the biggest waves of the day about to break on his head. He attempted to take his leash off but had no time so he went over the falls along with his gun. The Dick Brewer made it to the beach with GoPro still intact before Garrett came up for a breath. Thanks to his Body Glove Survival Suit and Martin Stepanek’s Waterman Survival Course he came up with a big smile on his face and ready for more!” 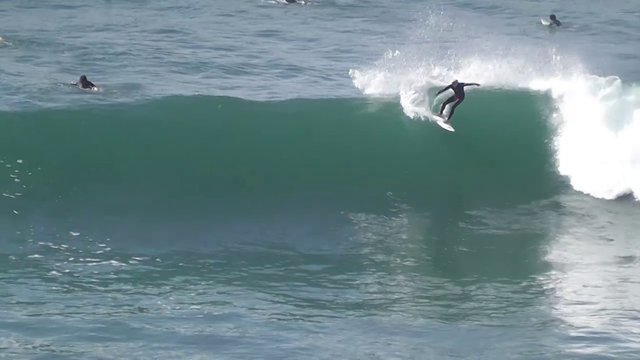 Footage is mainly from Ericeira (Foz de Liz, Ribeirha and Coxos) – but also a couple of shots from Peniche. Filmed with GoPro Hero2 and Panasonic 1920 xHD. We hope you like it!