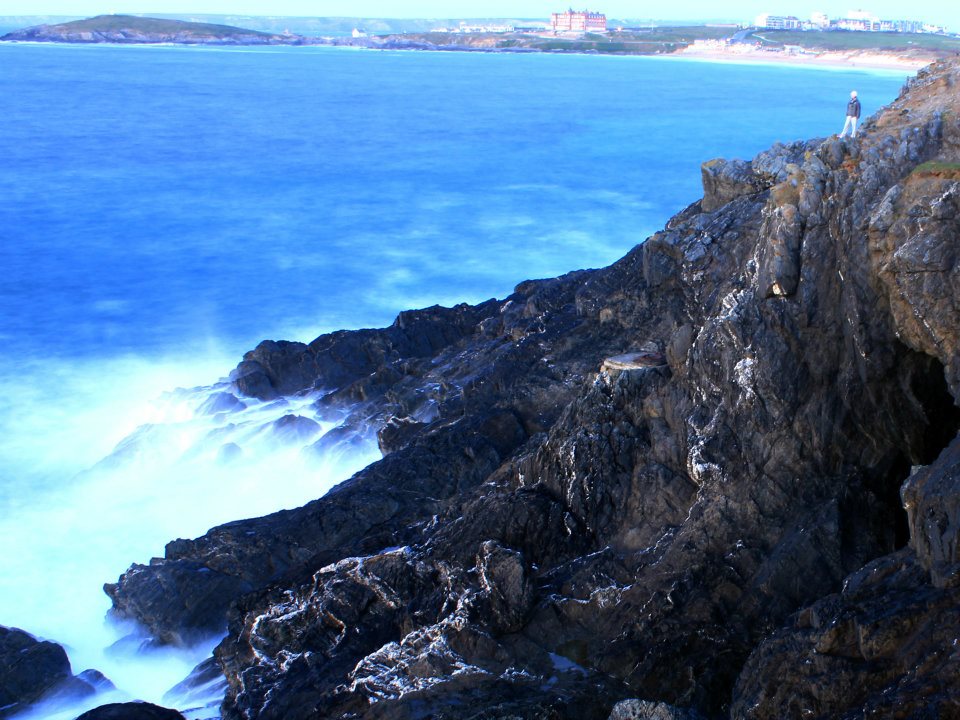 Getting Cornish about Cornwall – with Finian Pye Vogel.

We’ll bring you the trailer for the surf movie when it is done, but for now you’ll have to settle with some longboarding from Cornwall – directed by Finian himself. Superstoked knows that Fikapojkarna Productions has also provided some footage for the up and coming movie, so this should be good. We can’t wait for this mouthwatering Cornish pastry of a movie.

Finian took us through the link he has to Cornwall:

I have an odd link with Cornwall in the south west of England. When visiting the Royal Duchy of Cornwall I don’t consider myself Cornish, but firmly detest being put in any kind of tourist bracket.

My brother was brought up in Cornwall (with complicated family links I choose not to expand upon) and my long term girlfriend has direct lineage from a bunch of Saxon bashing Normans who came to Cornwall shortly after the events of 1066.

Tourism makes me cringe, yes I have often been a tourist, recently I was in Morocco donning sandals and an Indiana Jones type hat sticking out like a sore thumb.

I very stubbornly detest the mere thought that I might be a tourist in Cornwall and put myself in this in-between category, a purgatory I will probably never escape. I know I am far more superior then the foam boarding tourists who feebly attempt to catch a wave for 10 ft, but nowhere near the extent of my brother and his mates who when they can will go for dawnies before work.

I lie somewhere in between, with my 45″ bodyboard and fins I swim out to what my girlfriend says is far beyond my depth to trim some neat waves back to the shore. The one time I was at Porthtowan and I was taking a wave darting amongst the floundering holiday makers like a slalom and a lady in the water started taking photos of me like I was some hardened Cornish waterman. I must admit I smugly laughed, and thought back to how years before my birth when my German Grandma had lived in Barcelona and had been photographed on the street ended up on a postcard portraying a typical spanish lady.

One summer I went down to Cornwall to hang around with my new girlfriend and family, it was ideal, my girlfriend worked a summer job her Dad’s Land End hostel and would drop me off at the popular Sennen beach early in the day for a boarding session to pick me up later in the afternoon when she had finished, meaning I got some quality sea time.

On one occasion me and a friend had just got out the sea and sat on the beach eating our sandwiches and gazing out to the Atlantic. Over the next hour and a half slowly but surely the cars pulled up and people descended upon the beach en mass. What incensed us was the wind breakers. Twenty minutes previously we had a clear view of the beach and now we were sat with these tarpaulin horse blinkers either side. Sure the wind can be annoying but it was the way large groups of co-holidaying families, twenty strong would create fortresses and pretty much cordon off their own bit of the beach which no one else can access. That annoys me. Maybe it was because I wasn’t invited to their fortress…

Aside from my grumbling, tourism in Cornwall is rife and supports a huge part of the Cornish economy. It looks likely that I will end up living there in the not too distant future and I will be able to continue to grumble about tourists and at least I go to breaks where there no line ups. Yet.

– See more videos from Finian on his VIMEO account.

Best of luck with the movie, Finian – we look forward to seeing the end result. Stay super stoked!