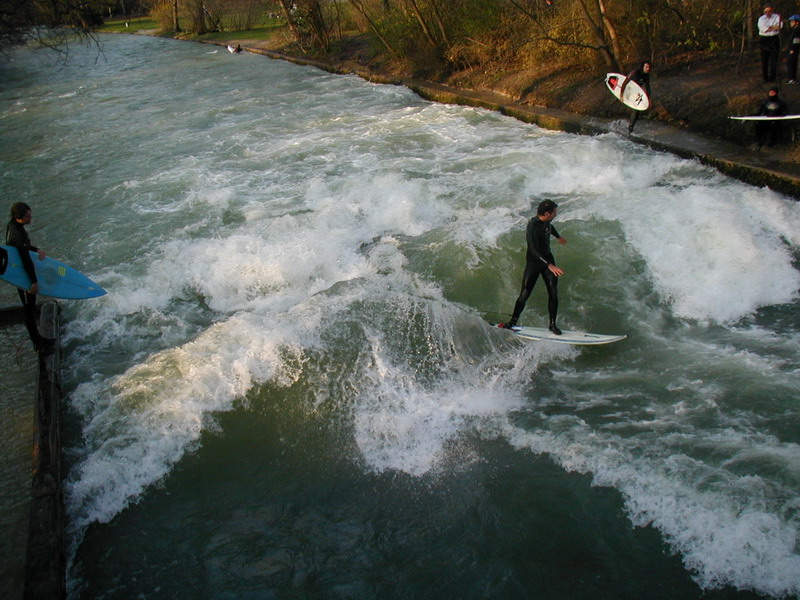 You read that one right. Oslo, Norway, is currently underway with a project to clean up its main river, Akerselva, and its surroundings – in an attempt to take it back from the dealers and junkies that have loitered there for too long. What better way to go about improving its image than by constructing an amazing, artificial river wave?

Oslo is not a city with any directly adjacent surfspots (have a look at google maps) and hence the surfers in Norway’s capital have had to venture about an hour south to Saltstein / Mølen in Larvik to drench their urge for surf. Thus, postponing the surf-abstinences until they can get away from work and visit the Lapoint surfcamps or other high-end resorts in warmer climate.

Akerselva is not a usual hangout for surfers, it is considered the shadowy valley of death in Oslo, where drugs are sold openly and used syringes lay scattered on the ground. Oslo municipality (Oslo kommune) is fighting a battle against the dealers and junkies who have occupied this part of the city for too long, and so far they have done a pretty good job – investing a large sum of money in to the area surrounding the river.

Here is a prospective of what the Akerselva river surfwave could look like:

Think this is one of those projects that will fall into nothingness? Superstoked Magazine begs to differ, and here’s why:

Based on the sketches, this wave will function much like the Münich river wave – which has become a huge success, drawing people in from all around the world to come have a look.

Here’s an example of a good, functioning riverwave (Sarpsborg, Norway):

Very interesting project, and one that we would like to see come true – crossing our fishfingers for that to happen. We will keep you updated.